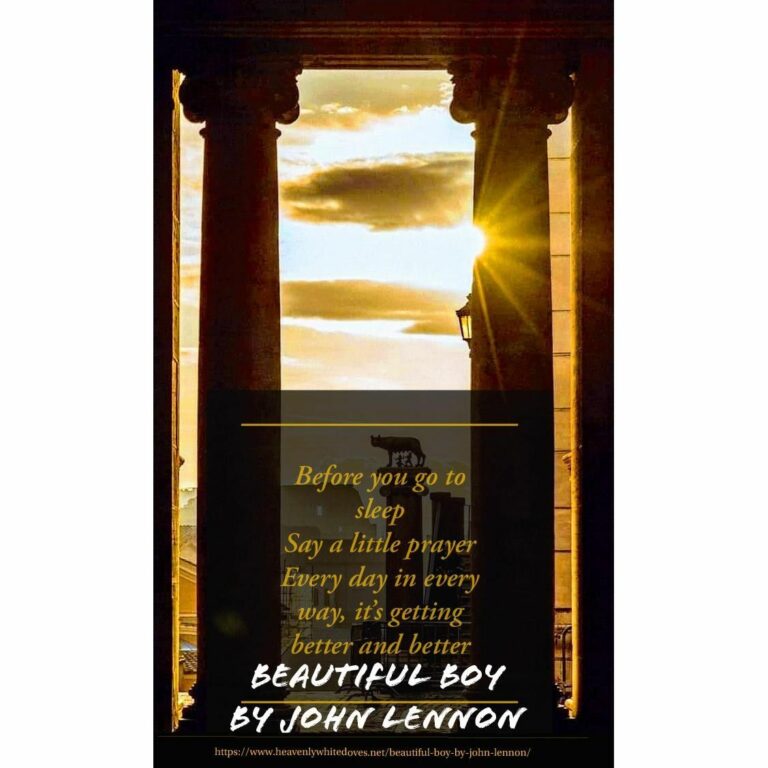 John Lennon was inspired to write ‘Beautiful Boy (Darling Boy)’ about his son Sean who was born in 1975. John started writing the song in 1979 and recorded it in 1980 after a few years break from the music industry being a househusband.

John Lennon described his contentment about being a father to Sean “The joy is still there when I see Sean. He didn’t come out of my belly but, by God, I made his bones, because I’ve attended to every meal, and to how he sleeps, and to the fact that he swims like a fish. That’s because I took him to the “Y”. I took him to the ocean. I’m so proud of those things. He is my biggest pride, you see.