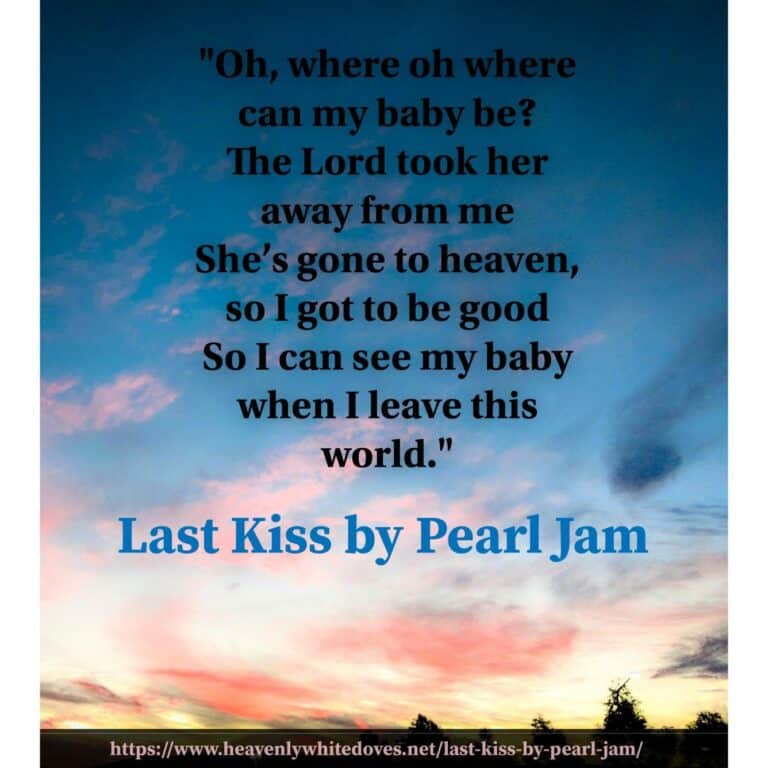 ‘Last Kiss’ is the based on a true story of a pair of 16 year olds, Jeanette Clark and JL Hancock, on a date in Barnesville, Georgia just before Christmas in 1962.  Their car hit a tractor-trailer and they instantly lost their lives.

The song was written by Wayne Cochrane who lived around 15 miles from the crash site and was in the middle of writing a song about all the crashes he saw in that area. He was halfway finished writing “Last Kiss” when he heard about the tragedy and because of the emotional response from the community decided to dedicate his song to Jeanette Clark.

The band Pearl Jam decided to record a version after singer Eddie Vedder found an old record of the song at an antique store in Seattle. They recorded the song at a sound check before a concert in 1998 and released it as a Christmas single for their fans. Radio stations started playing it and it gained popularity around the world. Pearl Jam decided to release it as a single to the public and gave the proceeds to a charity helping Kosovo refugees.