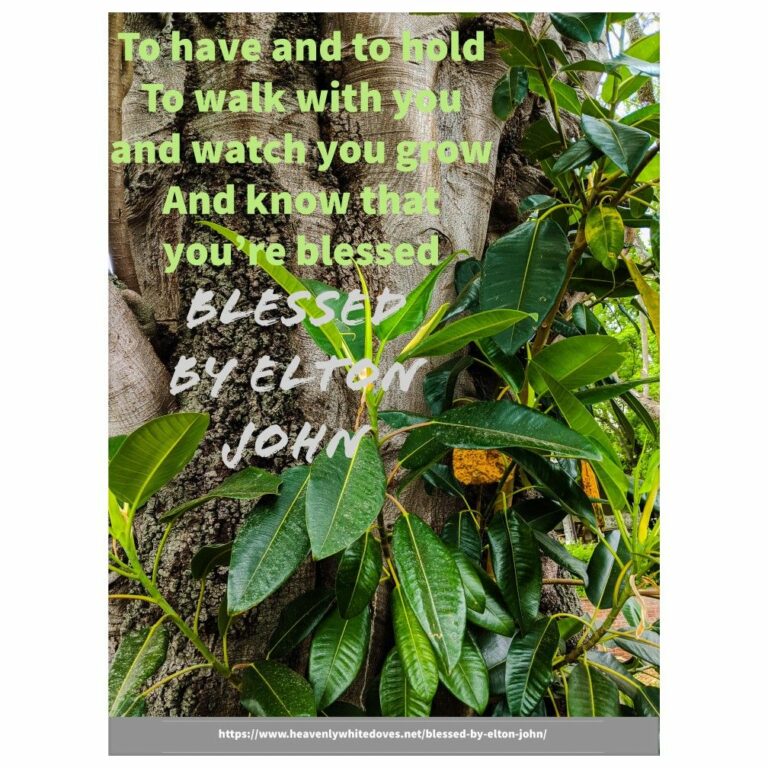 ‘Blessed’ was written before Elton John and his husband David Furnish had children. They now have have 2 boys, but before they were born, Elton was quoted as saying when asked if he wanted to be a father “No. I’ll take the perks of being gay where I can get them and that’s one of them for me: gay men are the only group of people who aren’t looked down upon if they don’t have kids”. As Elton was so busy with his career, it looked like children were never going to be a reality for their relationship. But David always did want children. He was quoted as saying “It will be my one regret when I leave this planet; that I never had children of my own, because I really love children.”

Bernie Taupin (Elton John’s songwriting partner) was inspired by this concept and that’s how the song came about – his realisation of how blessed he is to have children. Bernie is quoted as saying “your eyes open up. I love getting up and taking kids to school. It’s a great feeling”.