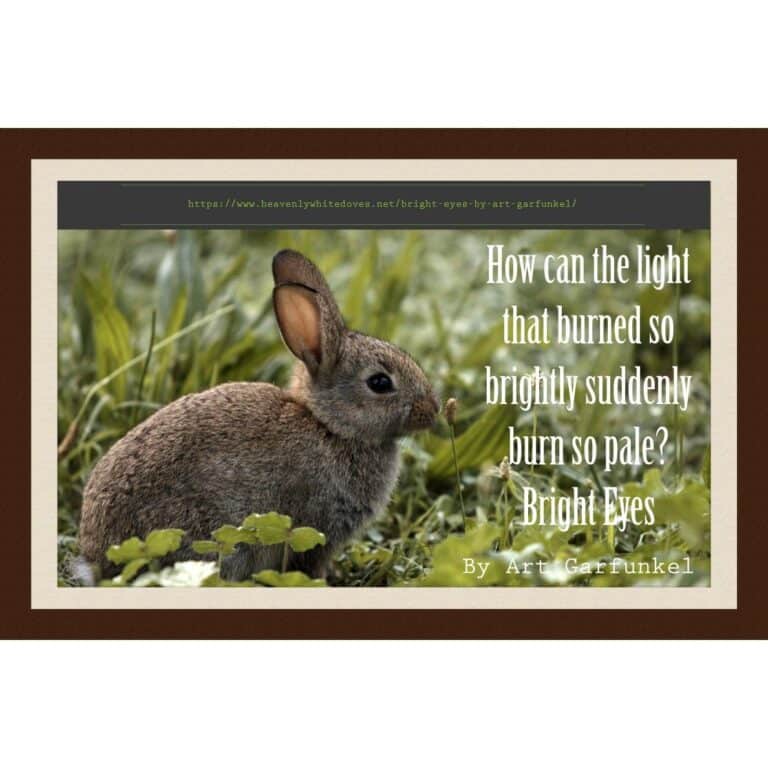 Bright Eyes was written for the soundtrack of the 1978 animated movie Watership Down. The movie is about a group of rabbits on a mission to escape human and animal predators and to find a safety on a hill called Watership Down. The song Bright Eyes is played during the movie when the main rabbit character, Hazel, almost dies when getting shot by a farmer. The director of the movie, Martin Rosen, asked songwriter Mike Batt to write a song about death. This song charted in the top 100 in 10 countries in 1979.