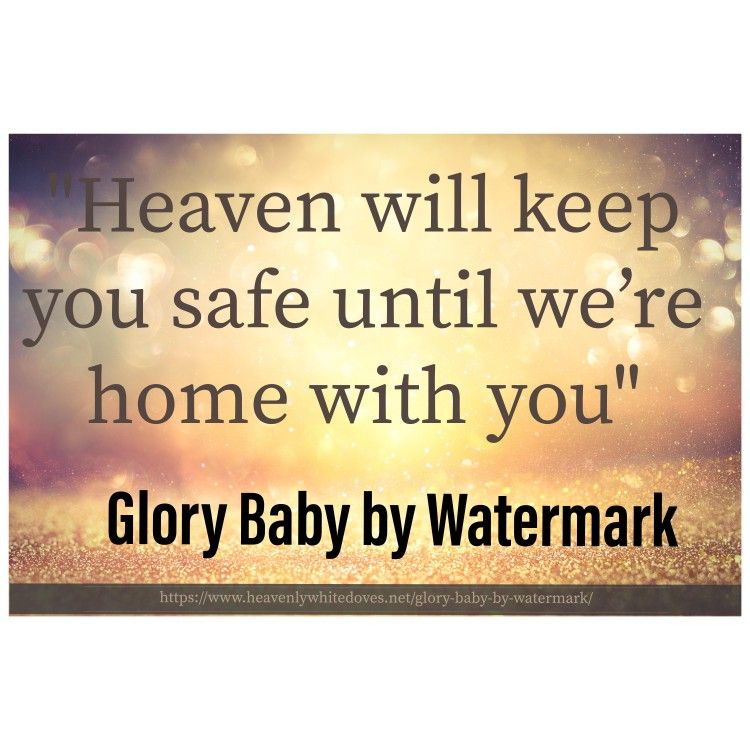 ‘Glory Baby’ was written by Christy and Nathan Nockels, a married couple who had experienced 2 miscarriages in quick succession.

They started writing a song about their pain, as a healing process, but didn’t get very far until she discovered she was pregnant again. She put her faith in God, completed the song ‘Glory Baby’. The good news is her third pregnancy went full term and they are now parents of three children.

As Christy said in an interview “In 1999 and 2000, Nathan and I experienced two miscarriages pretty much back to back, about seven or eight months apart,” says Christy in a new video on the Desiring God ministry’s website. “Of course it was our first try at having children, and there’s a lot of fear that starts to come around that, because you think if there’s something wrong with my body… am I ever going to be able to have kids.”