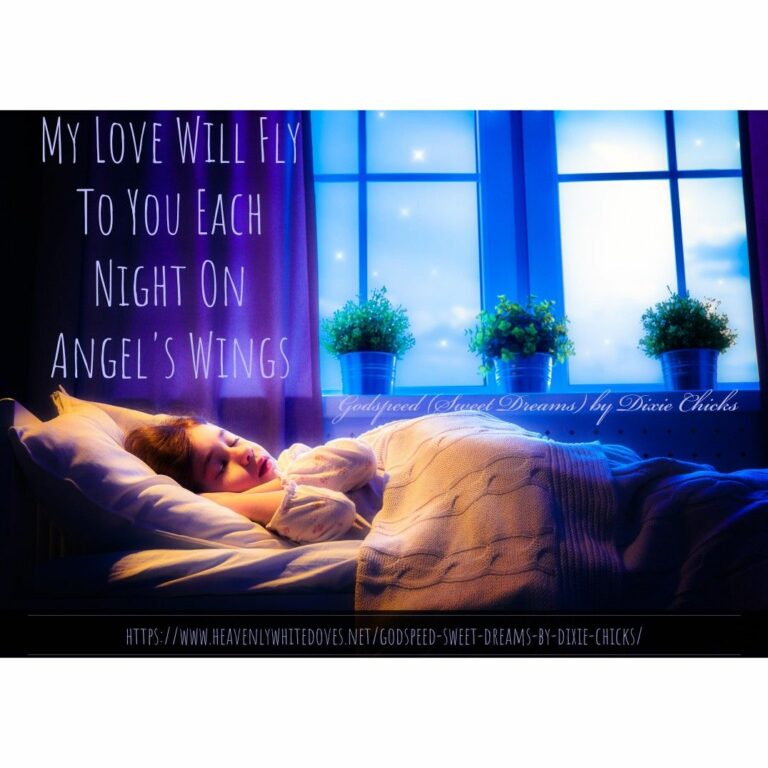 ‘Godspeed (Sweet Dreams)’ was written by Radney Foster, who wrote it for his 5 year old son Julian. Radney Foster had divorced Julian’s mother and she had remarried and was moving overseas. Despite extensive court battles Foster lost custody of his son and had to come to terms with the reality that he wouldn’t be an everyday part of his son’s life. So Radney decided to write and record this as a lullaby on a cassette that his son could listen to at night before bedtime to remember his dad.

Foster later played the song to his manager who insisted he put it on his next record. Years later it was discovered by the Dixie Chicks who recorded it and allowed Radney and Julian (who was visiting his dad) to come into the studio while they were mixing it. Julian was 10 at the time and after he heard the first chorus went to sit on his dad’s lap (which Radney Foster thought was a really sweet reaction from his son.)

The rest of the world felt the same way, says Foster  “The cool thing about that song is I can’t tell you the number of people who contacted me in the most unbelievable ways about how that song has touched their lives. Whether it’s played at the funeral of a child they lost, or I’ve had guys come up to me at shows with their hair cut high and tight and say, “Mr. Foster, I just spent a year and a half in Iraq, and every time I got my kids on the phone I sang that song to them.” I mean, it’s been a really powerful, emotional experience for me.”