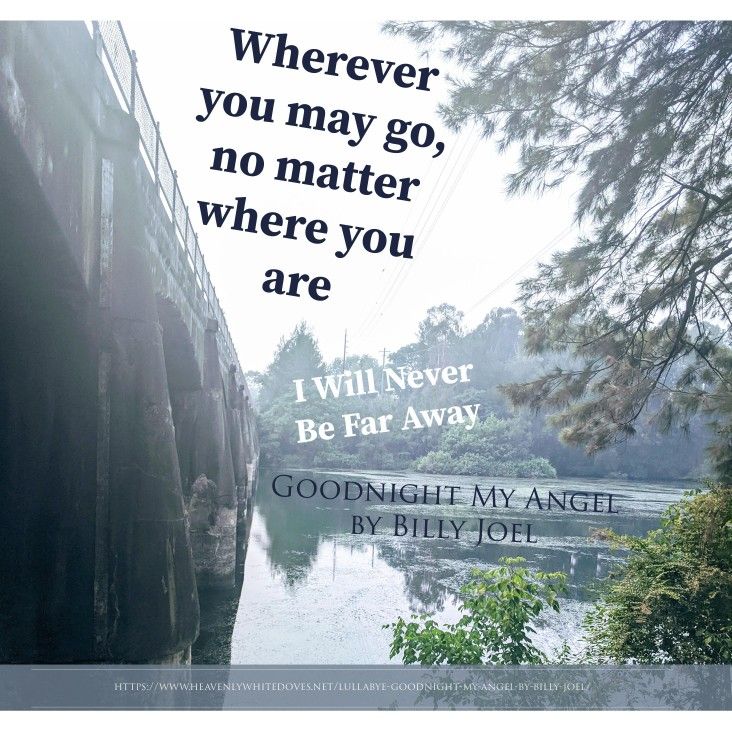 The melody to “Goodnight My Angel” was written long before the lyrics. The original idea was a story about a man who lost his faith. Billy Joel had the lyrics translated into latin and it was to be performed as a gregorian chant.

Then one night while putting his daughter, Alexa Ray, to bed, she asked Billy Joel ‘Where do we go when we die?” This question inspired Billy Joel to change his melody into a lullabye about drifiting off to sleep in the River Of Dreams, which is the name of the next song and title track on the album that ‘Goodnight My Angel’ appears.

Goodnight my angel, time to close your eyes
And save these questions for another day
I think I know what you’ve been asking me
I think you know what I’ve been trying to say
I promised I would never leave you
Then you should always know
Wherever you may go, no matter where you are
I never will be far away
Goodnight my angel, now it’s time to sleep
And still so many things I want to say
Remember all the songs you sang for me
When we went sailing on an emerald bay
And like a boat out on the ocean
I’m rocking you to sleep
The water’s dark and deep, inside this ancient heart
You’ll always be a part of me
Goodnight my angel, now it’s time to dream
And dream how wonderful your life will be
Someday your child may cry, and if you sing this lullaby
Then in your heart there will always be a part of me
Someday we’ll all be gone
But lullabies go on and on
They never die
That’s how you and I will be
——————————————————————-
Songwriters: Billy Joel
Lullabye (Goodnight, My Angel) lyrics © Universal Music Publishing Group