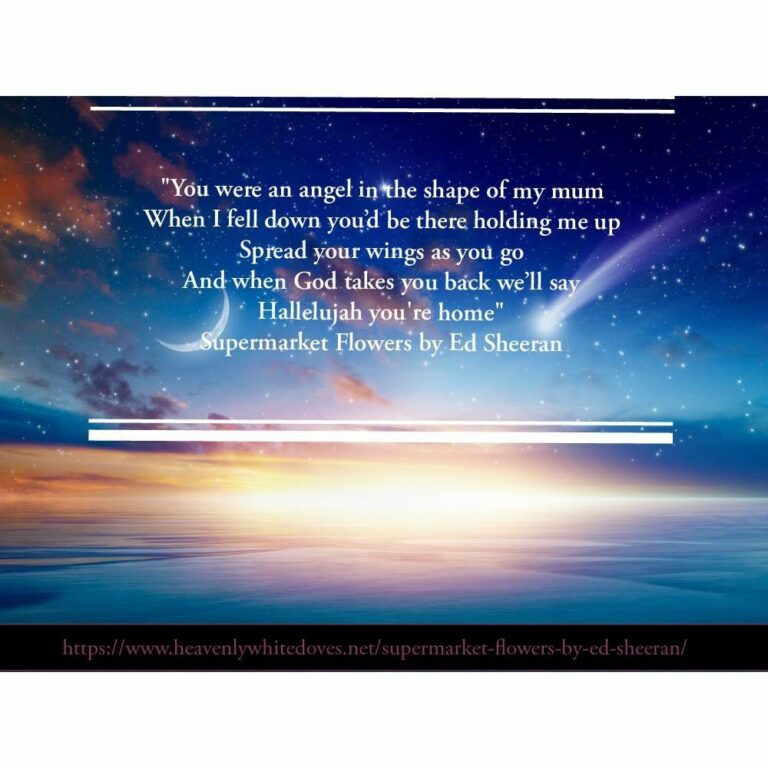 ‘Supermarket Flowers’ was written by Ed Sheeran about his grandmother’s passing from the point of view of his mother. In an interview with MTV Ed said “‘Supermarket Flowers’ is about my grandmother. She was in a hospital near my house where I was making the album so I saw her quite a lot while making the album and she passed away while I was in the studio. So that’s my first reaction for anything that happens to me, good or bad, pick up a guitar.”

During his interview with Zane Lowe he said “That’s the most special song on the record for me. My grandmother was very ill during the time I was making the record and passed away at the end of me making the record, so we wrote this song as a tribute and just left it on.” Ed explained he wasn’t going to release the song on the album ‘Divide’ but “My grandfather just turned to me [at the funeral], he was like you have to put that out, that has to go on the record. It’s such a good memory, that’s why it’s ended up on there.”