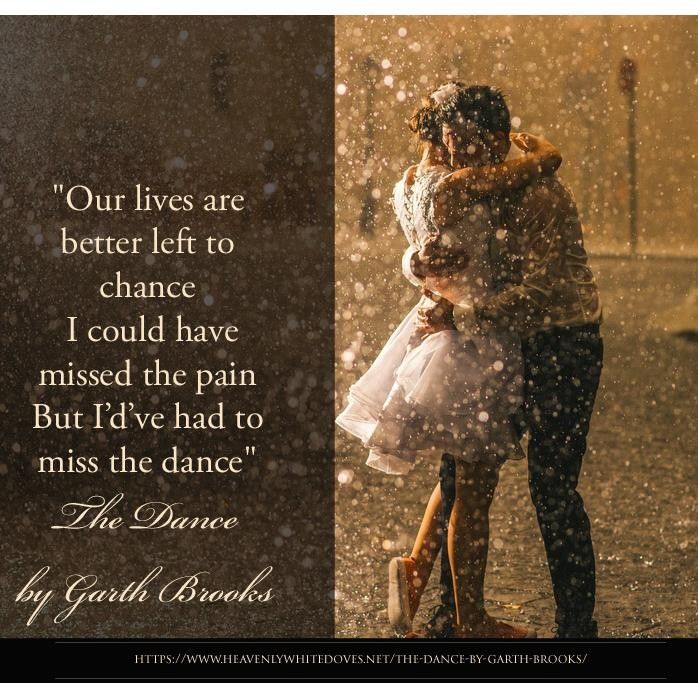 ‘The Dance’ is considered to be Garth Brooks’ signature song. It is definitely one of his most popular and well-known.

The song has a double meaning. It is about the end of a relationship but also about someone dying because of something they believe in after their time of glory.

The film clip features footage of various famous people who have passed away often because of something they were passionate about.

Buy Sheet Music to 'The Dance' by Garth Brooks