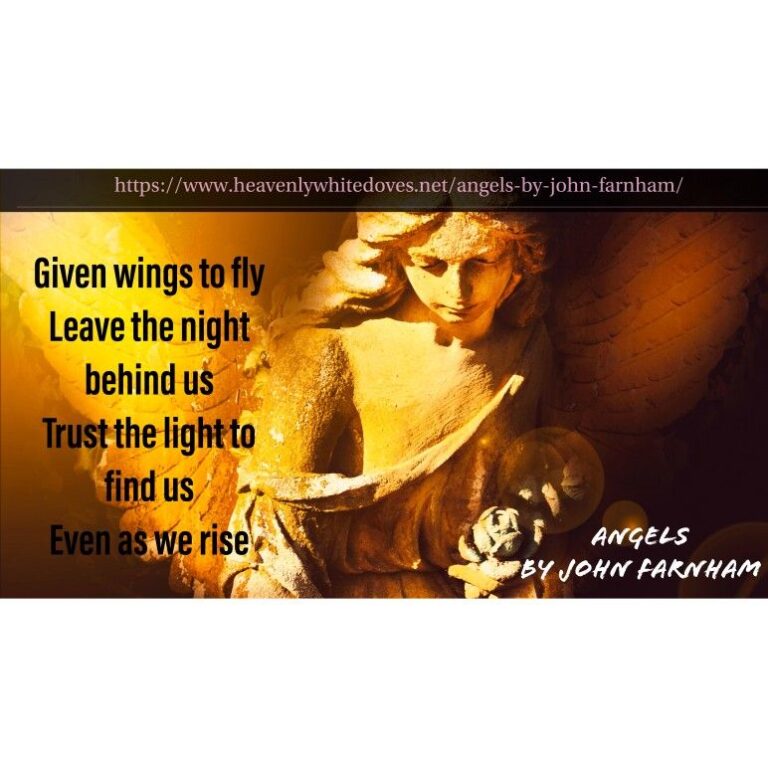 According to ‘Angels’  songwriter Tom Kimmel:

“The German film “Wings of Desire” made a big impression on me with its story of the angel who yearned to be human.

At that time I’d begun to embrace my own therapy and healing work, and in some essential ways I believe I was beginning to experience places where the physical and divine meet and mix things up. So much was cooking for me emotionally, intellectually, spiritually–and a number of my songs in that period were essentially explorations.

When I first showed a half-written version of this to Jennifer (my ex-wife and most frequent collaborator at that time), she said she didn’t really hear it, but later she called to say it had somehow gotten under her skin, so we finished it together.”

The touch of your hand, will let me know
You take me in, and let me go
If not for love, why would we be
How is it done, two into one
So easily

You understand, yet never say
How every plan would fade away
If not for love, where would you be
Ashes to dust, water to rust
Away from me

The darkness cannot reach us

Let the angels teach us

Only love remain
We’re lifted up by angels…