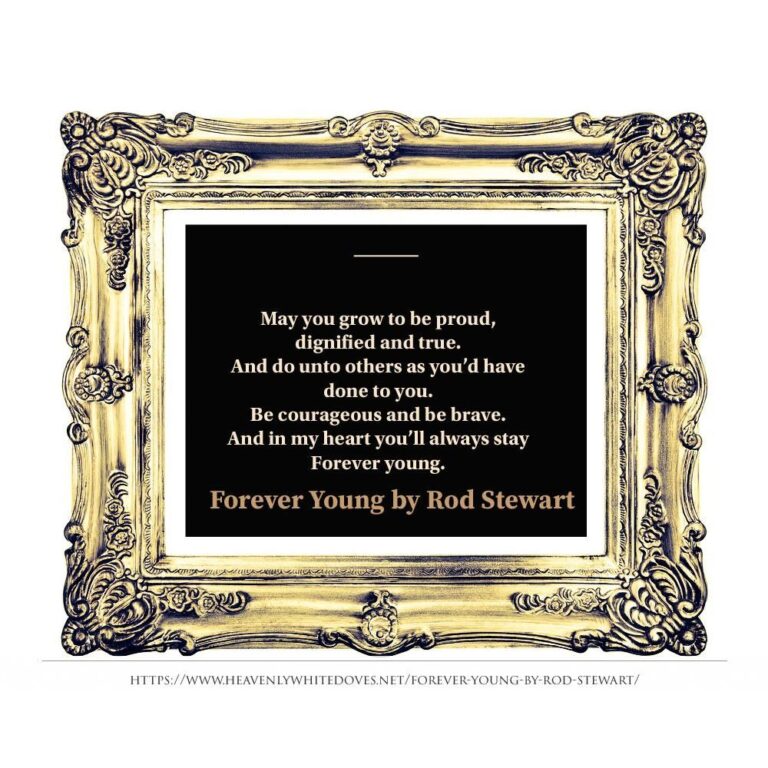 When Rod Stewart wrote ‘Forever Young’ in 1988 he was inspired by Bob Dylan’s 1973 song. When Bob Dylan wrote his version he was thinking about one of his sons, and wanted to write a blessing from a parent to a child, but he didn’t want to make it too sentimental.

Rod Stewart also wanted to write his song as a tribute to his kids. Rod Stewart must have decided that his version was so similar to the Dylan version that he gave Bob Dylan writing credit when he published his song.

Listen to both and let me know what you think in the comments below.