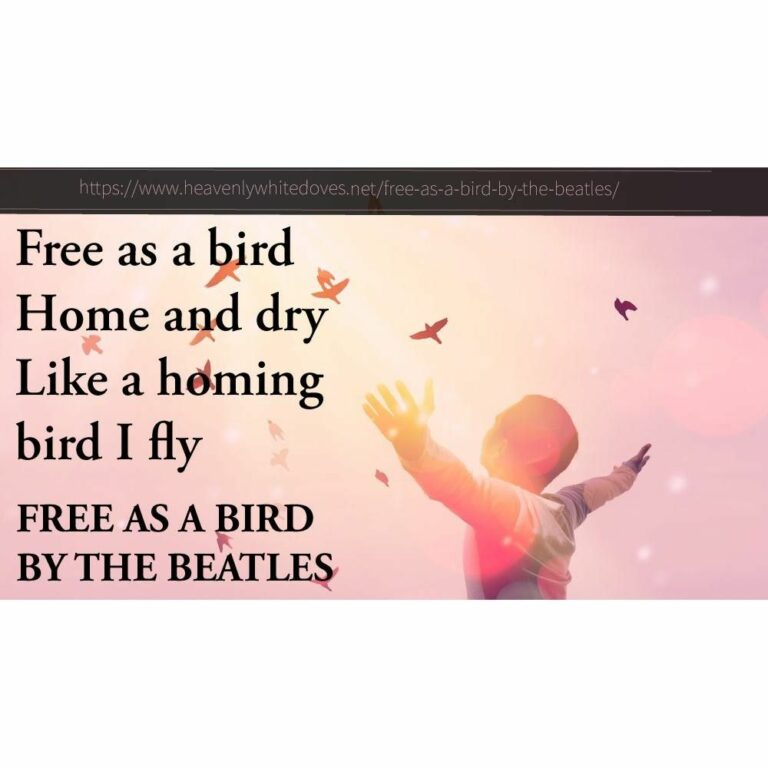 ‘Free As A Bird’ is a song that John Lennon had started working on in 1977. Yoko Ono had a cassette tape of John singing and playing it on piano which she gave to Paul McCartney. Paul, along with Ringo and George took it into the studio and recorded a version with all of their vocals as well as guitar and drums to make it sound as if all 4 of the Beatles had recorded it together. This happened 25 years after the Beatles had disbanded and 15 years after John Lennon had been assassinated. The song was released as a promotion for an Anthology compilation album. Despite a less than enthusiastic review from the critics (some claimed it sounded like a dirge) the song still reached number 2 on the UK singles chart and top 10 in many other countries.

Buy Sheet Music for 'Free As A Bird' by The Beatles