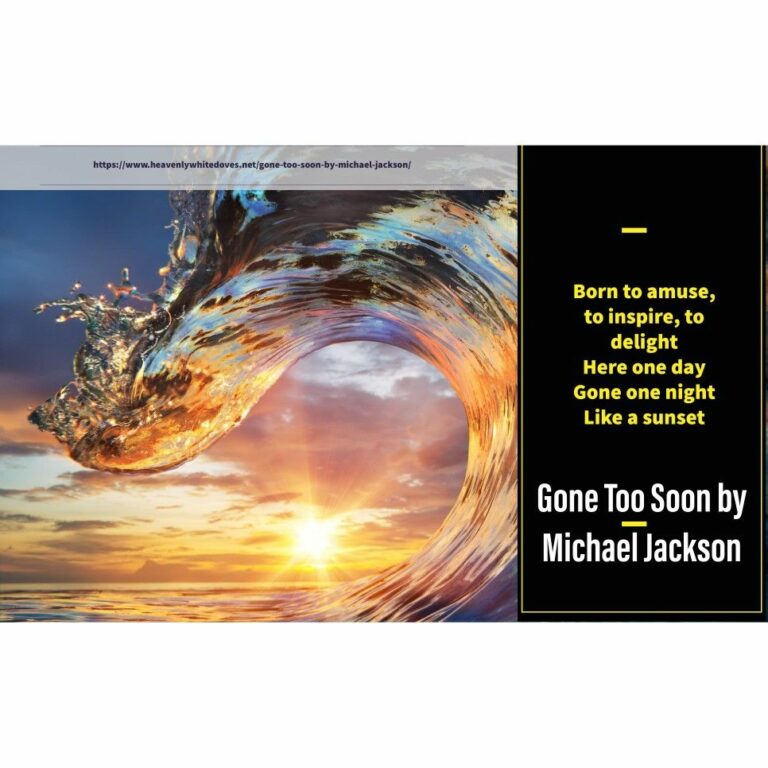 ‘Gone Too Soon’ is about how life is short, fragile and beautiful.

It was written by Buz Kohan, a good friend of Michael Jackson’s. Dionne Warwick sang the song in 1983 on a TV special tribute to the talented musicians and performers who had passed away that year including John Lennon and Karen Carpenter.

Seven years later, Michael Jackson decided to record the song as a tribute to a boy called Ryan White who had contracted the AIDS virus via a blood transfusion as part of treatment for his haemophilia. Ryan passed away at the age of 18 and Michael Jackson used the song to tell his story to the world.

The full story about the song ‘Gone Too Soon’ is published at TheAtlantic.com.