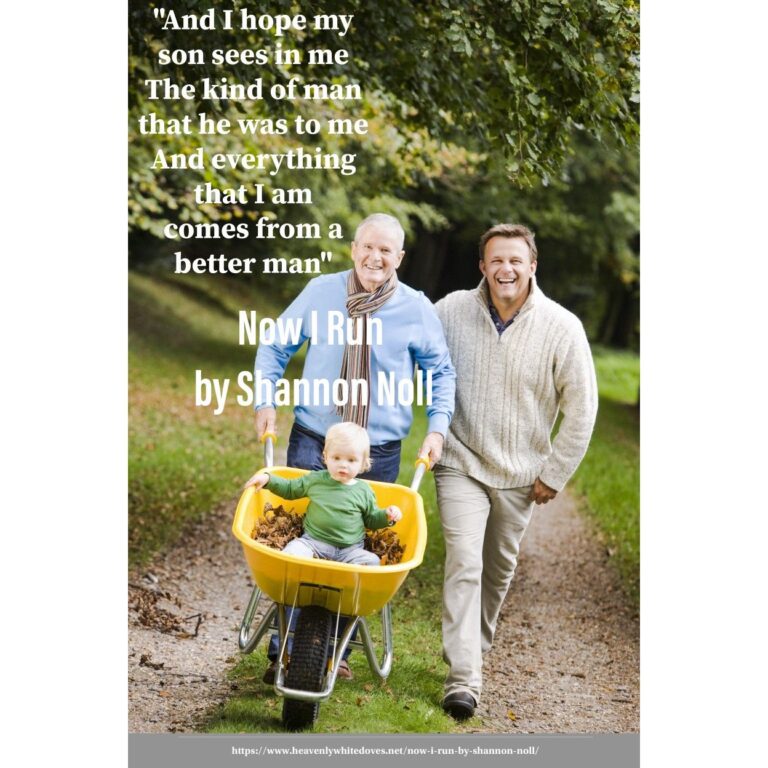 “Now I Run” was co-written by Shannon Noll as a tribute to his father who lost his life due to a farming accident. Released in 2006, it describes the influence his father has had on his life and the hopes that he can be as great a father to his own children as his father was to him.

An interesting fact about the film clip for “Now I Run” is that it was filmed at a 150 year old farmhouse on the banks of the Hawkesbury River in Western Sydney, Australia, known as Ridge’s Dairy which is only 15 minutes drive from HeavenlyWhiteDoves headquarters.

Over the past 20 years we would regularly drive past this interesting historical building and notice its gradual deterioration. The photo below left is the google street view of the house in June 2014 when by then it was too rundown to safely be restored. On Friday 13th April 2018, as shown in the photo below right, the house completely crumpled to the ground and the ruins have now been removed so if you drive past the property today there is no evidence that this old house ever existed.