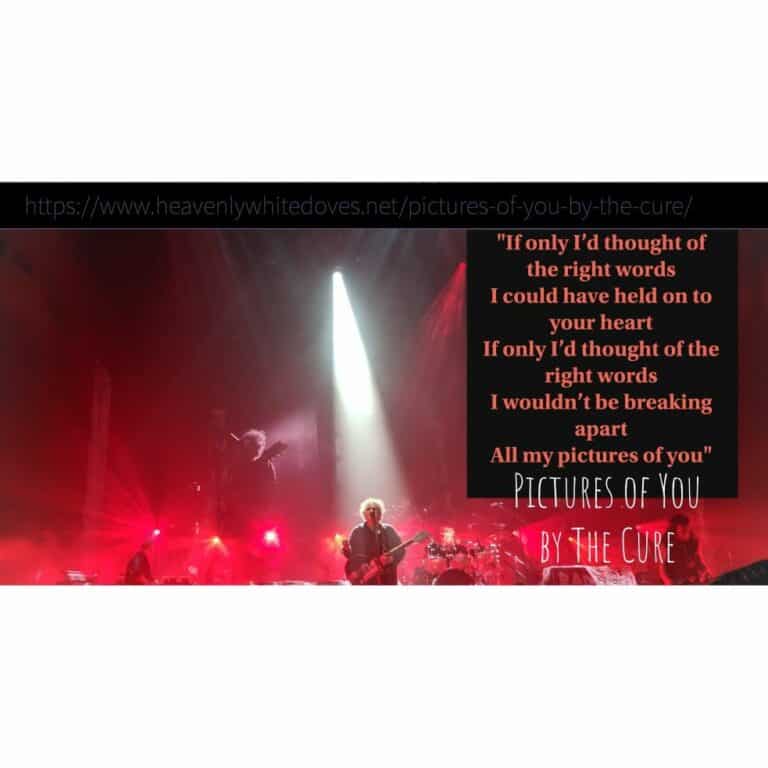 According to some accounts inspiration for “Pictures of You” came when a fire broke loose in The Cure singer, Robert Smith’s home. After that day, Smith was going through the remains and came across his wallet which had pictures of his wife, Mary.

In a 1989 interview with Music Box TV, Robert Smith said, “It’s about the idea you hold about someone. It goes back a bit to a song like ‘How Beautiful You Are.’ The idea you hold of someone isn’t really what that person is like. Sometimes you completely lose touch with what a person has turned into. You just want to hold onto what they were.”

The song is definitely a soul-stirring emotional song about the loss of a lover, regret and wishing to return to good times in the past.

Buy Sheet Music for 'Pictures of You' by The Cure