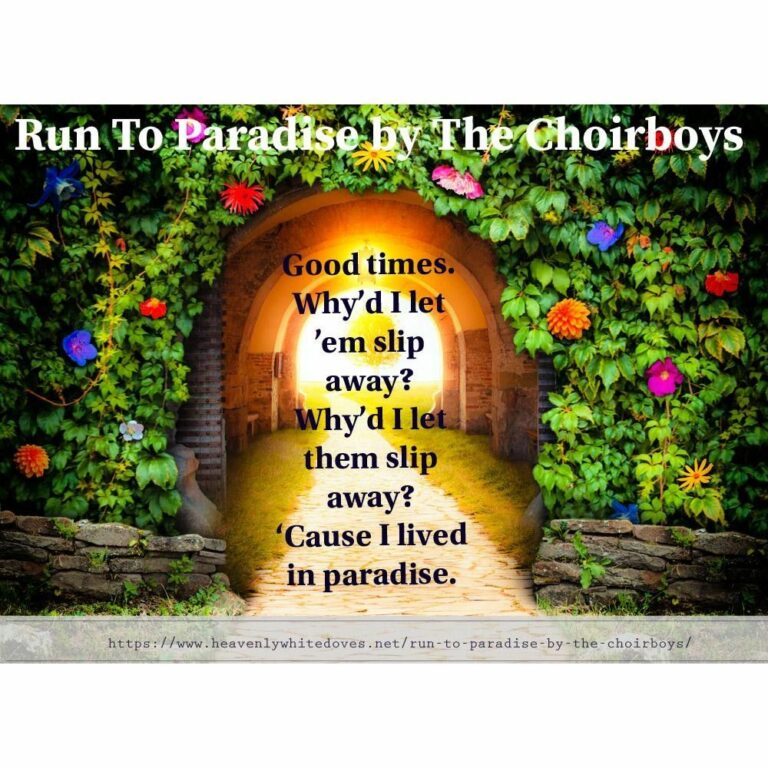 “Run to Paradise” is a song that would be familiar to anyone that grew up in Australia in the 1980’s and 90’s. According to an article in The Daily Telegraph the song is an anti-drug use anthem.

“It’s about people being on the northern beaches of Sydney where I grew up, and they were just wasting their time getting drunk, smoking dope, surfing and not working and I was really critical of that,” singer of the band, Mark Gable said. “They were just a bunch of bludgers, and I didn’t mind bludging myself, but they just seemed directionless, living in paradise.

Although this seems an unlikely choice to play at a funeral, I have heard it being played at funerals of people who have taken their own lives or passed away due to drug overdoses.

Buy Sheet Music to 'Run To Paradise' by Choirboys