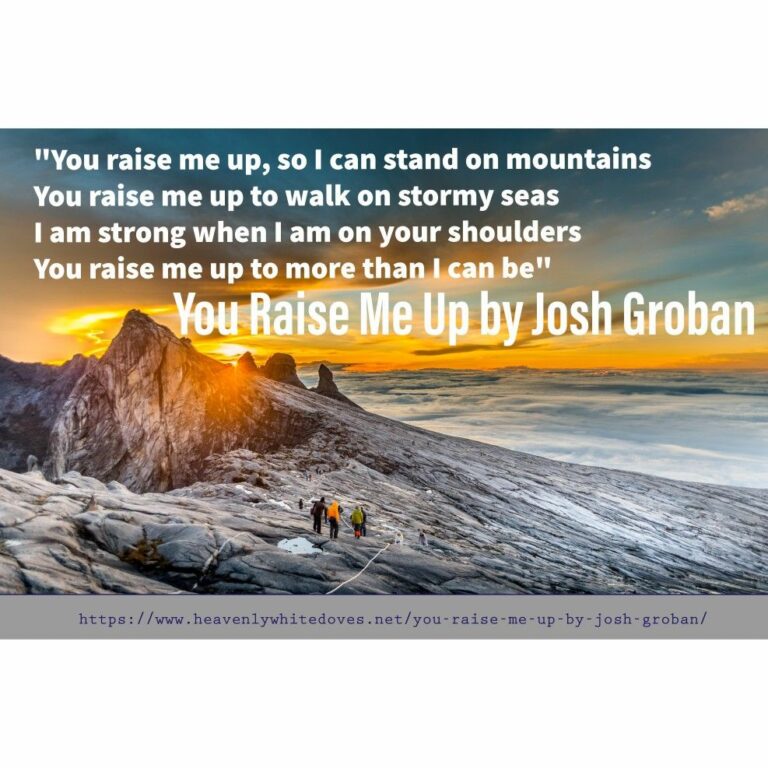 According to Wikipedia,  ‘You Raise Me Up’ was written by Rolf Løvland  and Brendan Graham in 2001. It was performed for the very first time at the funeral of Rolf Løvland’s mother. He said “there’s something about the song people are embracing – which becomes emotionally strong. I believe people think of it as a song they use for their own stuff.” In other words, he predicts it will become as popular as ‘Amazing Grace’ to be played as a hymn at church and for funerals and memorials.

The song has been recorded by over 100 artists, but it was Josh Groban who made it popular in 2003.

Buy Sheet Music for 'You Raise Me Up' by Josh Groban