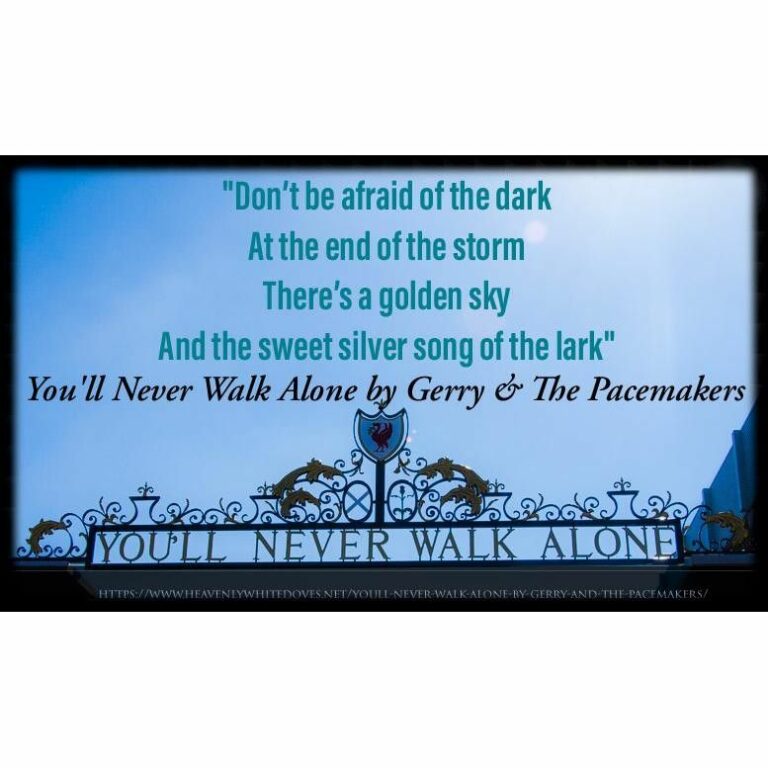 ‘You’ll Never Walk Alone’ was written in 1945 by Rodgers and Hammerstein for a musical called Carousel.

The song has been recorded by many artists including Elvis Presley, Frank Sinatra, Judy Garland, Johnny Cash and Josh Groban; but this version by Gerry and The Pacemakers is one of the most well known.

It was popular to play this at funerals during the 1940’s as a tribute to loved ones who were lost in World War 2.

‘You’ll Never Walk Alone’ has also become the anthem for the Liverpool Football Club in England, and is played before the beginning of every home game.